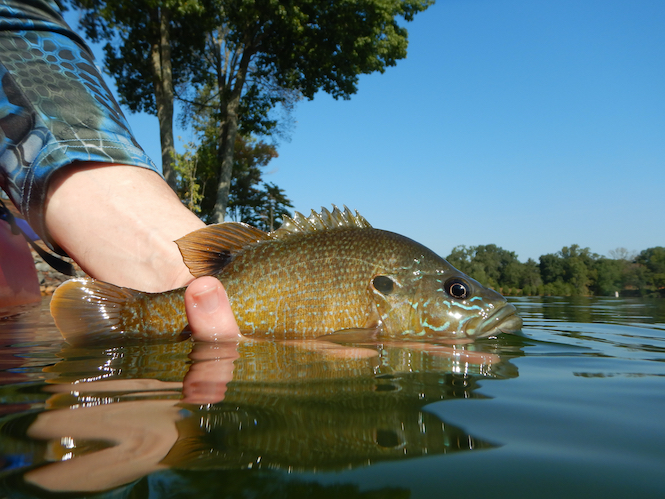 For more than a decade, AGFC hatcheries and the Family and Community Fishing Program have celebrated “Troutsgiving.”

Troutsgiving is a yearly event hosted by AGFC that signifies the beginning of fall and winter trout stockings in program ponds.

According to program coordinator Maurice Jackson, it’s the cold weather that gives the agency a chance to stock trout in ponds for local anglers to enjoy.

Trout in the state are usually found in Arkansas’ tailwaters but are specially grown, tagged, and released into participating ponds to incentivize fishermen to enjoy the outdoors even when the temperature drops.

The agency plans to release more than 50,000 specially tagged trout into ponds beginning this week (November 16th), and throughout the winter until February. The fish are generally under a pound, but a few larger 2-5 pound trout will be stocked as well.

A fishing license is still required for anyone over 16 to participate in Troutsgiving. Fishers will also need a special trout stamp to keep their catches.

To see which ponds are being stocked with trout, see the AGFC’s website.

When Lake Monticello is full, it covers over 1500 acres. It took five years to flood the lake to those levels. Sadly, Arkansas’ drought has not spared the once-famous fishing spot, and it currently only covers about 470 acres.

These low water levels, combined with the establishment of some undesirable species in the lake, have meant Monticello’s famous bass population has shriveled.

The AGFC, in combination with the U.S. Fish and Wildlife Service, has hatched a plan to renew the lake to its former glory, and it starts with the stocking of more than 250,000 forage fish which took place in mid-November.

Among the forage fish being added to the lake, this month were fathead minnows, golden shiners, bluegill, and redear sunfish.

The agency also plans to add some threadfin shad this fall as well. However, because shad are more delicate and susceptible to damage from transportation, the agencies are waiting until the water level rises a little bit more to subject the fish to the added stress.

The goal of the forage fish stocking is, ultimately, to restore the lake’s Florida largemouth bass population to its former glory. Stocks of bass will be added once the water levels have risen and the forage population has had a chance to establish itself. The current plan is to start adding bass to the lake in the summer of 2023.